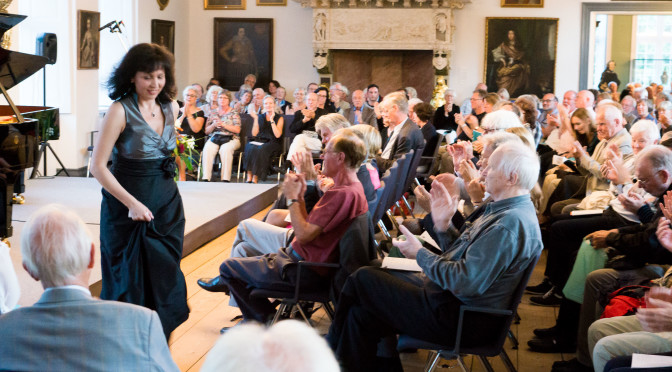 It was Franz Liszt who introduced the term “transcription” in the 1830s to denote piano adaptations. It implied piano arrangements, more or less faithful to the original, through to free fantasies on themes from operas or symphonic works which were called “paraphrases”.

The fact that even JS Bach was one of the greatest arrangers in musical history, adapting, for instance, a whole bundle of concertos by Vivaldi, Marcello and others for keyboard instruments, has not been able to prevent the bad image that has been attached to the genre of “transcription” almost to the present day. Even Brahms’ advice, to study Liszt’s operatic paraphrases in order to understand what piano technique really is, seems to have gone largely unnoticed. Busoni pointed out the artistic superiority of Liszt’s operatic fantasies – in the face of the “plebeian potpourri” – featuring a careful arrangement of forms and contrasts whilst developing the original motifs.

Liszt wrote more than fifty operatic paraphrases for the piano. His Réminiscences de Norma (1841) after Bellini is one of the best and most elaborately wrought examples. In this piece of c.17 minutes, Liszt managed to encapsulate the opera’s sense of passion, dignity and nobility. Of the middle section in B major (after Norma’s aria from the finale, “Qual cor tradisti”), Busoni commented: “Anyone who has heard or played this section without being moved has not yet found their way to Liszt.” For this section is a kaleidoscope of pianistic sonorities which is further elevated by a new piano technique of the time, credited to Sigismund Thalberg. He had developed the so-called “three-hand technique”, covering all registers of the keyboard with the aid of continuous pedal use: Thalberg had employed this device as early as 1837 in his Fantasia on Rossini’s “Moses”, Op. 33.

Busoni believed that prejudices against transcriptions and paraphrases were based on unsatisfactory performances by virtuosos who only focused on superficial brilliance. His own so-called Fantasia da Camera super Carmen of 1920 ends with a pianissimo.

Although transcriptions largely disappeared from concert programmes in the 1930s, there have always been advocates of the genre amid renowned pianists, such as Horowitz, Cherkassky, Bolet and Earl Wild.

Milestones amongst piano transcriptions, beside Liszt’s works, include Busoni’s and Walter Rummel’s Bach Transcriptions; Adolf Schulz-Evler’s Arabesques on “An der schönen blauen Donau”; Leopold Godowsky’s Symphonic Metamorphoses on Themes by Johann Strauss as well as his Studies on Chopin’s Études. Godowsky marked several of his transcription studies “metamorphoses”, describing them thus: “Studies which alter the character, draft and rhythm of the original whilst preserving the form, although the melodic and harmonic contours often vary considerably.”

In his legendary collection of essays, “Mi Contra Fa” (1947), Kaikhosru Shapurji Sorabji called Godowsky a “creative transcriber” – his definition holds true for any creative composer active in this genre: “The great transcriber expounds, enlarges and amplifies matter and thought that it has been left to him to discover and reveal […] and makes the original a point de départ for a great new creation.”