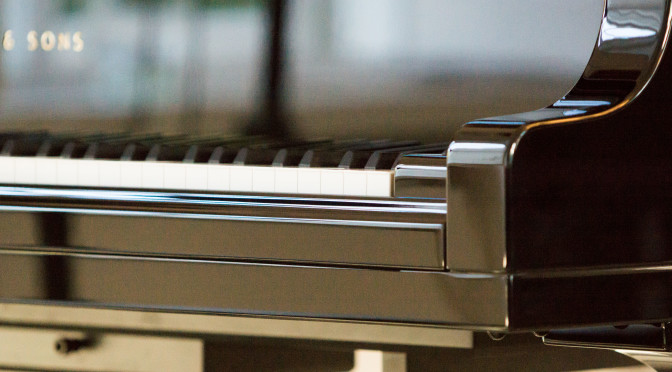 Despite the fact that France had produced two keyboard masters in François Couperin and Jean-Philippe Rameau, and that piano tuition at the Paris Conservatoire since its foundation in 1795 was hugely successful, with Paris becoming the piano capital of the nineteenth century, the overpowering German piano tradition prevented an artistic emancipation of French piano repertoire (Chopin and Liszt being exceptions in this). Furthermore, there was the wagnérisme which cast a spell over many French musicians and intellectuals. It took until César Franck and Camille Saint-Saëns for French musicians to take up another position which, after the Franco-Prussian War, resulted in the Ars Gallica movement producing numerous original and significant works, including in the field of piano music.

Gabriel Fauré (1858-1924) was the most important mediator of French music en route to modernism. The two sets of thirteen Barcarolles and Nocturnes as well as the Thème et variations, Op. 73, of this brilliant improviser who would later take up the post of Director of the Conservatoire, are some of the most exquisite and beautiful character pieces that were written before the end of the First World War. Fauré who, like Smetana and Beethoven, lost his hearing, is much more than a “French Brahms”: the consummate floating between melancholy and esprit which characterises his piano music can be hugely beneficial to performers honing their touch.

Vincent d’Indy (1851-1931) was the éminence grise of French music history during the Third Republic, including as President of the Société Nationale de Musique and as co-founder of the Schola Cantorum. As a composer he has, with a few exceptions, faded into obscurity – this also applies to his varied piano oeuvre, beginning with his Piano Sonata, Op. 11, of 1869 and ending with his Fantaisie sur un viel air de ronde française, Op. 99, of 1930. His second Sonata in E minor, Op. 63 (1907), is a prime example for his artistic use of the “sonate cyclique” form introduced by his teacher Franck, whilst the Thème varié, fugue et chanson, Op. 85 (1925), combines contrapuntal bravura with the spirit of the French baroque keyboard masters.

Gabriel Pierné (1863-1937) succeeded Franck as organist of Sainte-Clothilde before becoming Director – highly esteemed by Stravinsky – of the famous Concerts Colonne. Incomprehensibly, his musical legacy of around 150 works covering all major instrumental genres as well as song and opera, has remained largely unheard of in Germany. His piano music features such masterpieces as the monumental Variations in C minor, Op. 42 (1918), and the equally impressive Passacaglia, Op. 52, of 1932. Undeterred by the political animosities between France and Germany after the First World War, Pierné sought to explore German music, particularly the works of Bach and Reger.

Reynaldo Hahn (1874-1947), accepted into the Paris Conservatoire as a child prodigy at the age of eleven, was the son of a Venezuelan mother and a German-Jewish merchant from Hamburg. In his biography, which was closely connected to the Paris cultural scene until he fled to Monte Carlo in 1940, his friendship with Marcel Proust played a major role. Hahn became famous with his songs which brilliantly capture the spirit of the belle époque. But he also produced original and immediately appealing, elegant piano works such as the refined Portraits of Painters after Poems of M Proust (1894) or the wonderful waltz sequence Le Ruban dénoué (The Untied Ribbon) for two pianos which, despite having been written in 1915, gives away no hints relating to war.