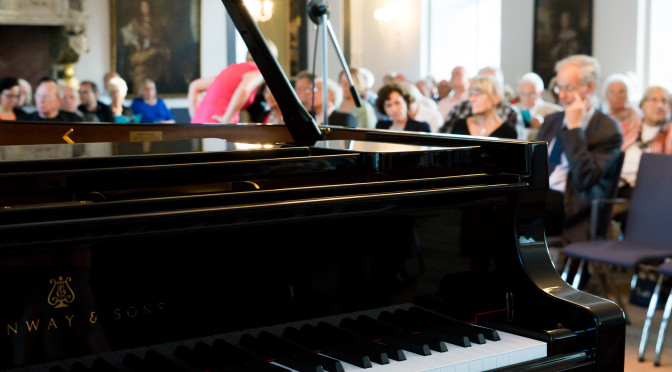 It was Franz Liszt who reportedly said that certain music approaches us, but that other music asks us to approach it. If that is true, Nikolai Medtner’s music largely belongs to the second category: the oeuvre of this Russian composer of German descent seems, even nowadays, like a locked cupboard whose keys are only occasionally fetched by connoisseurs and performers. Indeed, it contains over one hundred piano works, including fourteen sonatas (composed between 1902 and 1937) and 38 Skazki [fairy tales], a genre of piano miniatures inaugurated by Medtner. One of the reasons why his music is not more widely known is the often extreme level of difficulty of his piano writing, which is also studded with rhythmic subtleties and his own polyphonic devices; in addition, his oeuvre does not contain (with the exception of three piano concertos) any symphonic works.

Between 1892 and 1900, Medtner studied with Pavel Pabst, Wassily Sapellnikoff, Wassily Safonoff and Anton Arensky at the Moscow Conservatoire; later on, he took private lessons in composition with Sergei Taneyev. Due to his extraordinary pianistic prowess, he was initially predestined to pursue a career as a concert pianist. However, Medtner refused to carry out his first tour, arranged for him by Safonoff, and instead decided to focus entirely and uncompromisingly on composition. Safonoff would not forgive him for fifteen years.

After emigrating from Russia in 1921, Medtner spent periods of time in France and Germany, and was finally able to settle in England in 1935, moving into a small house in London’s Golders Green (69 Westworth Road), together with his wife Anna. In 1928 he had already been made an Honorary Member of the Royal Academy of Music.

During the course of his life, he often depended on financial help from friends and supporters. Towards the end of his life, from c.1946, the enthusiasm of the young Maharaja of Mysore, Jayachamarajendra Wadiyar Bahadur (1919-1974), enabled Medtner to record a great number of his works on disc.

After his first, intensive, encounter with Rachmaninov in Berlin in 1913, Medtner maintained a lifelong friendship with the composer whose artistic outlook came closest to his own. Medtner’s attitude towards the zeitgeist of musical modernism was downright hostile. He was critical of Reger and Strauss, and later also Stravinsky, Schoenberg, Schreker and Busoni. He accepted Scriabin up to his opus 48, but disapproved of his late oeuvre. Medtner’s book entitled “Muza i moda” (“Muse and Fashion”) of 1935 (published in Paris in the original Russian) represents an attempt at systematising his philosophy of music. Writing for the New York Evening Post on 3 February 1925, the renowned English music critic Ernest Newman reviewed a concert performance of Medtner’s music, aptly outlining the problems surrounding its reception: “[Medtner’s] music does not make an immediate appeal to the man in the street, but it certainly grows on the musician. […] The thought is rarely on the surface, but when one makes it one’s own, it is the kind one likes to live with. It is sad to think of the réclame that has come to fifty mediocrities in the last decade or so, while a fine mind like Medtner’s goes on its way almost unregarded by the crowd.”

Another beautiful characterisation of Medtner’s music, directly referring to one of his best known works, can be found in the essay “N K Metner (Comments about his style)” by Daniel Zitomirsky: “The simultaneous distance and sense of longing for the beautiful represent the main characteristic of Medtner’s music – the elegiac tone. And that is why the refrain theme of the Sonata Reminiscenza, Op. 38 No 1, can be called an emblematic theme. It is a musical self-portrait of the composer: dreaming and deeply serious, with an open mind and reserved.