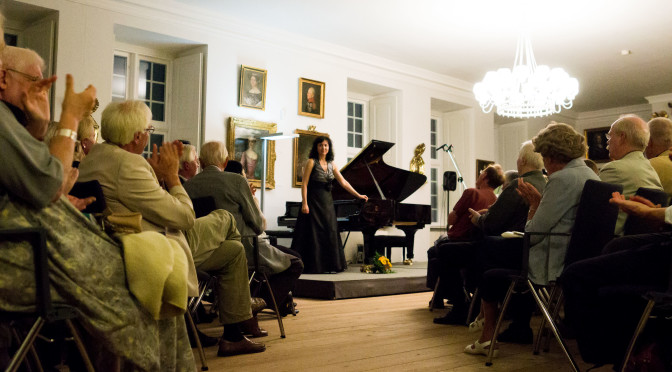 The idea for this exhibition, dedicated to the fascinating world of the piano beyond the mainstream, originated in the observation and experience of piano connoisseurs and enthusiasts that the concert repertoire of many – also young – pianists remains narrow and almost set. Due partly to a continuation of their teachers’ preferences, and partly to the constraints imposed by competitions and major record labels, concert programmes tend to be dominated by a well-defined canon of works: it begins with Bach, continues via Beethoven and Schubert (though rarely including Haydn or Mozart) towards Schumann, Liszt, Chopin and Brahms, and often ends with Debussy, Ravel and Prokofiev. Much as this is an undisputed canon of masterworks, the consequences of this narrowing are worrying. For a major part of piano literature, written between the invention of the fortepiano during the early eighteenth century and the end of the so-called “Golden Years” of pianism just before the First World War, is at risk of fading into obscurity.

It is vital to revive the appreciation for the music culture which produced these riches and within which the piano rose to become a universal instrument. Who thinks about the origins of such a fascinating genre as the nineteenth century transcription? Who is aware of the fact that a major part of piano music was written by “composer-pianists” for whom writing and performing music – often including a good dose of improvisation too – represented an undividable process? And who realises the extent to which piano music is shaped by national styles which also emerged during the nineteenth century, taking effect until well into the modern era? And finally, the intensive musical transfer between Europe and the USA (later also Latin America) should also be taken into consideration, for it too left its marks both in artists’ biographies and compositions.

In twentieth century piano music it has become, due to the plurality of musical styles and idioms, as well as the many cross-overs, even within the works of individual composers, much harder to determine which works form part of the mainstream. It transpires, however, that the fate of so-called “tonality” has played an important, if paradoxical, role in this. For at the turning point towards New Music after 1918, it was the composers who continued to adhere to the traditional major/minor tonality, sometimes developing it further, who were deemed to be “outsiders” and who had to face accusations of being reactionist. Only today – following the era of so-called Postmodernism – do we appear to be able to differentiate between aesthetic and ideological considerations, and not to allow prejudice to get in the way of listening to (and enjoying) music once marked as outdated or irrelevant.

Alongside a media station offering audio samples and QR codes providing links to further information available on the internet, this touring exhibition presents a cross section of this subject in fifteen topic areas. It is dedicated to great pianistic mavericks, outsiders and legends since the nineteenth century such as Alkan, Godowsky, Medtner and Scriabin. It examines the role of national styles in Spain, France and Scandinavia; the exceptional case of North American music; the submerged history of an Austrian modernism beyond the Second Viennese School; and the long ignored tradition of Russian composers after Scriabin. Finally, this exhibition points to the significance of the transcription which – despite all valedictions – is still amazingly alive. A short summary of the history of the festival “Rarities of Piano Music at Schloss Husum” rounds off the exhibition.