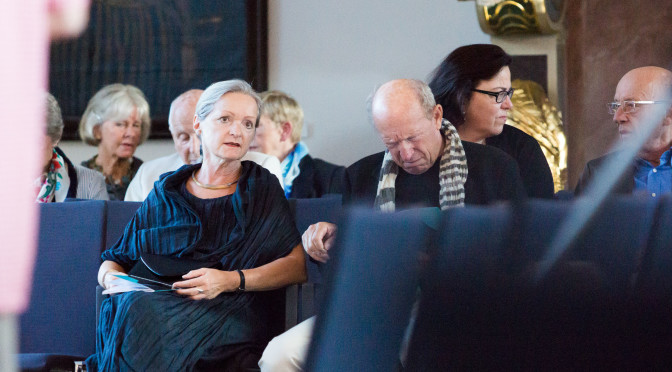 Alkan – who is Alkan? Concertgoers tend to be mystified when his name makes it as far as a concert programme. But that was not always the case: as recently as 1909, Ferruccio Busoni named Alkan as one of the five most important composers since Beethoven in the history of piano music. Born in Paris in 1813 into an Ashkenazic family of musicians, Alkan entered the Conservatoire at the age of only seven, joining the class of Pierre-Joseph Zimmerman; he also studied the organ and the violin. A prizewinning graduate, Alkan was soon considered an infallible virtuoso, whose presence made even Franz Liszt nervous. On friendly terms with Chopin, Delacroix, Hugo and George Sand, Alkan seemed predestined for a glittering musical career. However, professional and personal disappointments, as well as his introverted character, led him to withdraw from public life from 1849 for more than two decades in order to dedicate himself fully to composing and translating the bible. It was not until after 1870 that he returned to the Paris music scene, presenting an encyclopaedic concert series dedicated to the history of piano music: the younger generation of musicians, led by Saint-Saëns, revered him as a musicien savant. The theory that the misanthropic Alkan was supposedly struck down and killed by a volume of the Talmud in his library is fictional.

Alkan’s Grande Sonate “Les Quatre Ages”, Op. 33 (1848), his two sets of twelve studies, the Études dans les tons majeurs, Op. 35 (1855), and the Études dans les tons mineurs, Op. 39 (1857), his Sonatine, Op. 61, and the forty-nine Esquisses, Op. 63 (1861), embody the pinnacle of his piano oeuvre. The monumental studies in minor keys, incorporating a symphony and a concerto for solo piano, have a total duration of over two hours and represent one of the most ambitious works ever written for the piano. He also composed numerous smaller and larger-scale piano works (including for the pedal piano, as well as three significant chamber works), some of which reveal an astonishing radicalism and expressiveness: the majority of these works are only known today thanks to recordings.

The disappearance of Alkan’s music from concert halls is largely due a devastating verdict passed by Robert Schumann in two reviews of 1838/39: “We protect erring talent, provided that any talent remains, and a little music as well; but where the former is doubtful and the latter is nothing but black on black, we have to turn away in discouragement.” Thus Schumann reacted harshly towards an aestheticism which was contrary to his own, very German, ideal of music as a refuge of introspection and soulful contemplation. Alkan’s idiom is unpredictable, ironic, realistic, revolutionary and classicist; it also demands the highest technical standards with regard to velocity, stamina and imagination. This may explain why even Vladimir Horowitz and Claudio Arrau, despite their appreciation of Alkan, never performed his music publicly. It is therefore courtesy of Busoni’s student Egon Petri that it did not completely vanish into oblivion between the wars.

It was only around 1960 that a revival and rehabilitation of Alkan’s oeuvre was begun (which continues to progress) thanks to the pioneering artistic, scholarly and journalistic work of Raymond Lewenthal in the USA and Roland Smith in the UK; in France, Bernard Ringeissen has contributed considerable achievements. These efforts met with great activity from members of the following generation of pianists, especially Jack Gibbons, Marc-André Hamelin and, most recently, also Vincenzo Maltempo. Their interpretations have demonstrated that beneath the extravagant and excessive characteristics of Alkan’s music, once ambivalently described as “Talmudic complexities” by Oscar Bie, a highly sensitive and unique soundworld and intellectual sphere emerge.