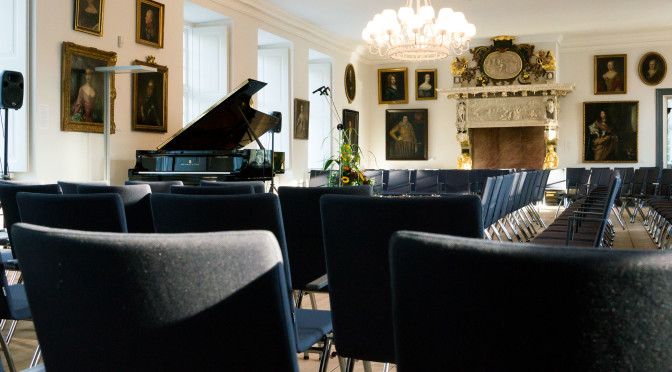 Alexander Scriabin’s genius had a continually inspiring effect on Russian composers born around 1890. Nearly all composers of that time – with the telling exception of Prokofiev – were almost addicted to the idiom of both the early and the late Scriabin. In order to classify the musical language of these composers more accurately, however, one would also need to mention the influence of Nikolai Medtner, which should not be underestimated.

Unfortunately it is to be feared that this repertoire is “in danger of disappearing even before it has become known”, as the musicologist Christoph Flamm once put it. One of the reasons for this surely is the fact that some of these works are at the outer limits of tonality, pushed towards chromaticism, and also that they often sound out the darkest and most depressed of moods.

The oeuvre of Anatoly Alexandrov, a student of Taneyev, Igumnov and Vasilenko who taught composition at the Moscow Conservatoire from 1926, encompasses fourteen sonatas as well as numerous other piano compositions. Samuil Feinberg, a student of Zhilyayev and Goldenweiser, wrote twelve sonatas, several fantasies and piano transcriptions of Bach Choral Preludes.

The writer Boris Pasternak (of “Doctor Zhivago” fame; his parents already knew Scriabin) composed Two Preludes (1906) and a Sonata (1909). Issai Dobrowén, a student of Taneyev and Godowsky who later became well known as a conductor in Sweden and Norway, left a consistently high quality piano oeuvre from which his youthful Sonata, Op. 5b, and his Second Sonata, Op. 10 (“In memory of A N Scriabin”; composed after his dedicatee’s death in spring 1915), stand out. They would stand a chance of establishing themselves in the concert hall – as well as his Second Ballad, Op. 9, which Robert Teichmüller and Kurt Herrmann described in their 1927 anthology “Internationale moderne Klaviermusik” as “one of the most precious contributions to our ballad repertoire”.

One can only hope that the best music of this rich post-Scriabin generation, whose piano writing is as polished as that of a Rachmaninov or a Medtner, will gradually find due recognition, and that pianists will engage with it, despite its interpretational and technical complexities.