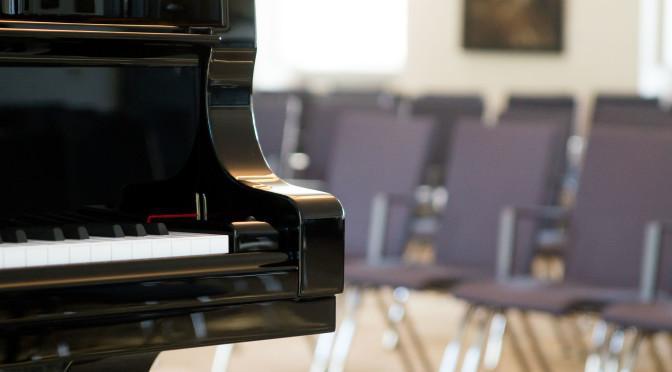 In its 29th season, this festival is presented each year for one week in August – “a festival with a meaningful rather than superficial difference” (Bryce Morrison).

“Rarities” in this case does not denote the sort of value that increases when there are fewer products available, as is the case with items such as fine wine or stamps, but rather the impetus – arising out of a sense of justice – to revive works from an enormous repertoire which have, for a whole plethora of reasons, fallen by the wayside. For “rarities” do not come into existence as such – rather, the term describes their current status. And during the course of time this status can change – which, in many cases, would be desirable. Of course certain rarely played compositions carry in them the seed of rarity, that is to say that they may be difficult to access or that they make enormous technical demands on the player.

This festival focuses more on the transitional phases in music history, revealing works atypical of their time, or early works of composers whose profile would change as they matured. These works are taken seriously and for what they are, and even piano pieces that “only” possess a “certain something” are presented to the audiences for unashamed enjoyment.

Highlights in the festival’s history include performances in 1989 of Alkan’s “Symphony” and “Concerto” for solo piano by Ronald Smith and Marc-André Hamelin respectively, as well as of Julius Reubke’s Sonata in B flat minor by Hamish Milne. As early as 1990 Hamelin played an outstanding twentieth century set of variations, Frederic Rzewski’s “The People United Will Never be Defeated”; and in 1992 a collection of twenty-three piano works by Alexander Scriabin was performed, to great acclaim, by Igor Zhukov.

Of course a festival such as this could not miss out on Leopold Godowsky’s “Symphonic Metamorphoses on Themes by Johann Strauss” (Künstlerleben; Fledermaus; Wein, Weib und Gesang) or Liszt’s “Réminiscences de Norma”, “Réminiscences de ‘La Juive’” and the “Tannhäuser Overture”. Further highlights include Poulenc’s “Aubade” in the solo piano version, as well as his “Soirées de Nazelles”; Pierné’s “Trois pièces formant Suite de Concert”, Op. 40; Ignaz Friedman’s “Studies on a Theme of Paganini”, Op. 47b, and his “Passacaglia”; Chevillard’s transcription of Chabrier’s “España”, Michel Dalberto’s solo version of Strauss’ “Four Last Songs”; the “Rosenkavalier Suite”, Op. 59, in the solo piano version by Frédéric Meinder; Roland Pöntinen’s “Improvisations on Fellini’s ‘Amarcord’” – music by Nino Rota; Reger’s “Bach Variations”, Op. 81; two complete performances of Albéniz’ “Iberia”; Joseph Marx’ “Präludium und Fuge” as well as his “Schmetterlingsgeschichten” [Butterfly Stories]; Ravel’s “La Parade – Suite de Ballet” (1896); the first complete performance of Hamelin’s “12 Etudes In All The Minor Keys” (1986-2009) played by the composer himself, as well as the premiere of his “Variations on a theme of Paganini” in 2011; Felix Blumenfeld’s “24 Préludes”, Op. 17; as well as Scandinavian piano music played by Håvard Gimse. Slightly misquoting Schumann, one could say: “There is no end to the joy of discovery”.