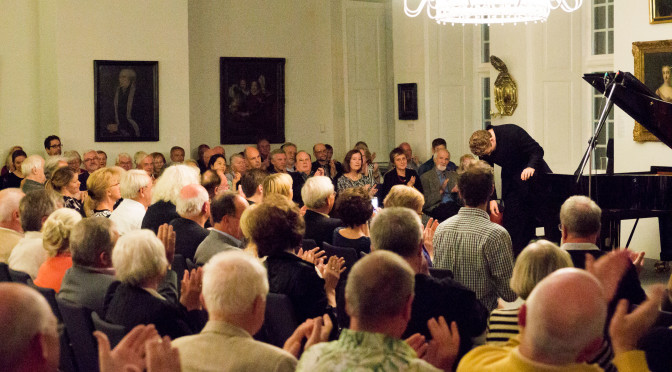 Even today the Piano Concerto Op. 16 by Edvard Grieg appears to be the only piece representing Scandinavian piano music in concert halls across the globe. And considering solo piano works from Scandinavia, it is again only those of Edvard Grieg – for instance his “Lyric Pieces” – which have acquired a certain degree of fame and general acceptance.

However, looking at this branch of the repertoire more closely, a number of works should emerge which are fascinating exactly because they are clearly independent of Central European idioms.

Regarding assessment criteria, the renowned music critic Hanspeter Krellmann pointed out in his “Plädoyer für Sibelius” [Case for Sibelius] of 1970: “The musicological establishment does not concede the possibility for the objects of their occupation to be considered in any other way than with strict objectivity. As a result, many a composer has negligently been excluded from the scholars’ observations as their oeuvre seemed not to promise much for formal analysis and would therefore needed to have been measured in different dimensions. This does not exclude objective considerations, but it does reduce them in certain respects. In the case of Sibelius – and indeed also with composers such as Tchaikovsky, Rachmaninov, Nielsen, de Falla, Chabrier and others – there are also aspects which elude rational definition: aspects such as the experience of life in geographic isolation, or the omnipresent sensation of solitude within nature.”

If one is prepared to seek out the unique premises on which the works of a Jean Sibelius or a Carl Nielsen are based, an unprejudiced approach is likely to enable an enriching access to this music. One will also be able to concur with the Canadian pianist Glenn Gould who, amongst c.120 piano pieces by Sibelius, found works which captivated him, including the Sonatinas Op. 67, the Rondinos Op. 68, the Sonata Op. 12 and Kyllikki Op. 41. And with his statement that “Sibelius never wrote against the grain of the keyboard. […] Sibelius was able to make a significant addition to the far too limited piano repertoire of late Romanticism”, Gould gave the lie to the composer himself who reportedly said: “I do not love the piano. It is an unrewarding instrument for which only one composer managed to write perfectly: Chopin. And only two further composers, Schumann and Debussy, had an intimate relationship with it.” A form of self-incrimination by Sibelius which proved to be a considerable, negative, influence on the reception of his own piano music.

Like Sibelius, the Danish composer Carl Nielsen had also trained as a violinist; however, his three main works for piano written between 1916 and 1919 – the Chaconne Op. 32, the Theme with Variations Op. 40 and the Suite Op. 45 – were important additions to the repertoire.

Further composers from the North European hemisphere should be mentioned in this context: the Danes JPE Hartmann and Rued Langgaard; the Norwegians Christian Sinding and Agathe Backer-Grøndahl; the Swedes Wilhelm Stenhammar and Adolf Wiklund; and the Finns Selim Palmgren, Erkki Melartin and Ilmari Hannikainen, whose oeuvre contains many a gratifying piece with its own colour and unique expression that one wished them to be more – if at all – present in the concert hall.